When you were a child, did you ever talk about how China was on the other side of the world?  Or if one day you just dug a tunnel straight down, would you reach China?  I grew up with the British stories of Rupert the Bear.  Rupert, a very clever fictional bear had a friend called Pong-Ping, a pekingese with connections to the Emperor of China and his pet dragon.  Sometimes, the emperor would send a tunnel digging machine all the way from China so Pong-Ping could dig a tunnel straight down into the earth and visit his friend the emperor.  This summer, while traveling, I thought a lot about Pong-Ping and the concept of a machine that could directly transport me to the other side of the world.

My oldest child, my first born has embarked on her solo journey into adulthood.  In July, we settled her nicely into her college dorm and left her there while we flew over eight thousand miles around the world, crossing timezones and a dateline, stretching the space between us further and further.  In fact, I couldn’t be any further from her than I am.  The earth is round, if I went any further, I would be getting closer to her.  I am on the almost exact opposite side of the globe.  Can you see why that tunnel digging machine seems like a very good idea?

Once we got home, I cleared my very cluttered desk and got to work.  Being productive would take my mind off her empty room and that sinking feeling every time I set the table for six only to realize that we are five.  It wasn’t long before I understood that working was not distracting me at all; on the contrary, it seemed that the people in my sketches all ended up with similar traits to my daughter, they all were around eighteen years of age with long blonde hair!

But now it’s October, we are adjusting to our new normal and looking forward to her coming home for a couple of weeks in December.  I still wish for that fantastical machine that could get me to my child on the other side of the world for dinner, but there is always FaceTime and FaceBook Messenger.  I think it will be okay, and at least my drawings are again becoming a bit more varied! 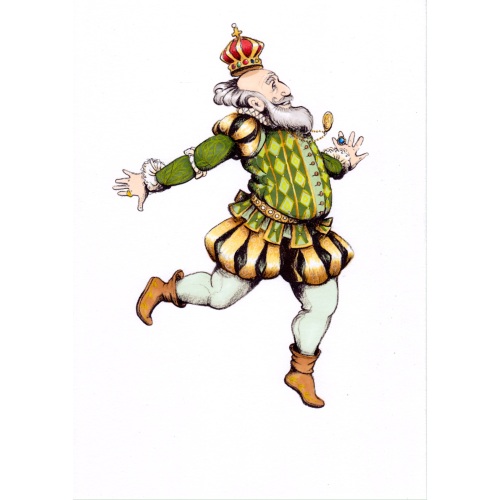